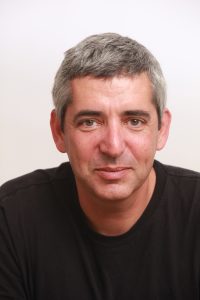 Uri Gneezy’s research focuses on putting behavioral economics to work in the real world, where theory can meet application. How do incentives motivate people to work harder or change their behavior? These are questions often asked by behavioral economists – researchers who study psychology as it relates to the economic decisions.

Gneezy, a professor of Economics and Strategic Management at the Rady School of Management, was recently named one of the top behavioral economists in the world by The Best Schools.

“The work done in the field of behavioral economics can have a profound positive impact on our society, and I’m honored to be included in this group of researchers,” Gneezy said.

Gneezy’s research in the field of behavioral economics has been featured in prominent academic publications, including American Economic Review, the Quarterly Journal of Economics and Econometrica. His research has also been referenced in the New York Times, Washington Post, Marketplace, Quartz, TIME, The Financial Times, the Boston Globe and the Economist.

In addition to his scholarly articles, Gneezy penned a book exploring the way field experiments can be used to understand the hidden motives that drive the economic decisions humans make in their daily lives. “The Why Axis,” co-written by John A. List, offers insight into human behavior and how these behaviors impact social, business and economic problems.

In 2015, 2016 and 2017, Gneezy was named a Highly Cited Researcher by Clarivate Analytics, the global leader in trusted insights and analytics that accelerate the pace of innovation. He received the prestigious honor by conducting research that ranks among the top one percent of most cited works in economics during its year of publication, earning the mark of exceptional impact.

“The Rady School is privileged to count Uri among the ranks of our world-class faculty,” said Robert Sullivan, dean of the Rady School of Management. “As one of our founding faculty members, Uri has played a key role in shaping leading-edge research and resulting curriculum in behavioral economics for our students.”

Gneezy studies topics such as incentives-based interventions to increase good habits and decrease bad ones, the effect of consequences on cheating, Pay-What-You-Want pricing, and the detrimental effects of small and large incentives.

Before joining the Rady School, Gneezy was a faculty member at the University of Chicago, Technion and Haifa. Gneezy received his Ph.D. from the Center for Economic Research in Tilburg.

Stock Market Not So Different from Baseball Cards

Put Down Your Smartphone!

You’ve Got the Power