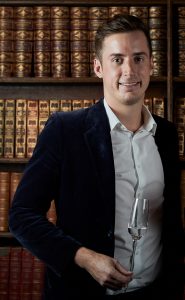 Robin Clough (MBA ’14) is the co-founder and CEO of Tequila Enemigo, a luxury tequila company that has won 5x Double Gold Awards across three continents within one year, and is now served at some of the world’s best venues, including The Ritz Hotel and Annabel’s.

“We initially launched in London in September 2017 to surprising critical acclaim  — earning accolades from Forbes, Business Insider and CNN — culminating in our launch in NYC in November,” Clough said.

Enemigo’s award-winning Tequilas are now available in store in NYC at the prestigious Park Avenue Liquor and online nationwide at www.parkaveliquor.com. The company also released an exclusive first edition bottle only available in the United States.

1) What impact has Rady had on your career progression?

First and foremost, I met my co-founder Sebastian Gonzalez (MBA ’14) at Rady, and together we built what Tequila Enemigo is today. For me, Rady was a slightly different experience to most. I arrived as a 23-year-old straight after graduating from college in London. I left Rady jumping straight into a product management role at Hewlett Packard leading an eight person software development team and with the foundation of a future successful luxury company already in motion.

2) Has your Rady MBA enabled you to change industries or functional areas or even achieve a promotion?

I decided to pursue an MBA at Rady because I knew that starting my own company was what I wanted to do and it felt like the best way to develop the cross-functional foundational skills needed. I quickly realized that product management at a tech company was the perfect next step toward entrepreneurship while our Tequilas would be aging. My class had other students who were directly looking for similar roles and as most were years ahead of me, I had an instant step up in knowledge seeing how they went about 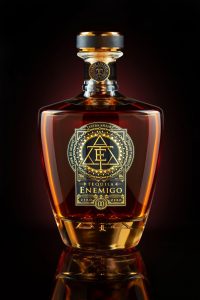 3) What event or realization served as a ‘turning point’ for you during your Rady School and/or professional career?

The biggest moment happened a few years after graduating from Rady where I took a step back from product management and worked out what drove me. By this time Enemigo had already begun and our Tequilas were about to come out of the barrel, I quickly confirmed that Tequila Enemigo was my full next step and that I was finally ready.

4) Tell us a fun fact about you, or something people may not know about you.

I am the youngest founder of an international luxury liquor brand. I got accepted into Rady five days before term started, after completing my full GMAT prep and test in the 3 weeks prior.

5) What is the most memorable moment from your Rady School experience?

From a professional standpoint, it has to be the first term progression. Still jet-lagged, I naively walked into the class on day one surrounded by experienced, mostly mature classmates, leagues ahead of me career-wise, and left at the end of the first semester 100-times ahead of where I started. From a personal standpoint, I have worked with many of my classmates and close friends after Rady. Peter Butler (MBA ’14) and I were product managers at HP on the same team, which was run by Rady alum Aron Tremble (MBA ’07), and Sebastian is my co-founder for Enemigo. All the times we had brainstorming different projects, trips to Mexico and skiing in Tahoe enjoyed with a glass of Enemigo — those are the best moments.

6) How have you applied your studies to your career?

The biggest things I still reflect back on are the case studies — I still draw on scenarios from On Amir’s marketing class, Operations, Accounting, and Corporate Finance.

7) What advice do you have for prospective students?

Often times at business school, there is extreme pressure to be involved with every part of what’s going on, be in as many clubs etc — I would argue that your number one goal is to work out what you want to do after you graduate, and then really focus in on what the school and clubs can do to help you achieve that. There is at times a lot of class work, but also a lot of free time too — the most successful people in our class now were the ones who used their free time wisely.

Leveraging an MBA to Fight For Affordable Senior Housing

I am Rady Made: Bridging the Gap Between...