In celebration of the partnership between the Rady School of Management and Jacobs School of Engineering, the Rady School hosted a discussion with Engineering alums Greg Warner and Paul Temby who have moved into the investment industry. This collaboration across schools allows the two intellectual powerhouses to feature true work scenarios and show students interesting career options between engineering and business.

Earlier this month, Warner and Temby spoke to an audience ofstudents, faculty, staff and friends of the UC San Diego community to share their expertise on investing. Rady School professor Michael Melvin served as a moderator for the discussion.

Warner and Temby emphasized the importance of “getting your hands dirty” – being in the investment business involves learning by doing and seeing, making mistakes and growing. Some jobs also require meetings with clients and selling the various services investment companies provide.

The typical entry-level position may involve “back office” work – dealing with trades and paperwork and interfacing with clients through their retirement plans and internal customer relationship management systems. As workers learn the ropes, they may get more professional designations so that face-to-face client interaction increases.

Warner and Temby offered career advice that went beyond the typical skills and competencies needed to succeed in investing.

“If I could go back and tell myself anything, my younger version would have been like ‘How did you get there?’ I would have said, ‘You have no idea what’s in store for you. Just build really good skills that are durable that no matter what career you’re in you can use. Chill out, and enjoy life,’” Warner said. “The answer isn’t what you’re going to be doing in 30 years, it’s whether you enjoy what you’re doing right now. Whatever you’re doing, have passion for i.”

The two experts also spoke of the benefits of ethics in investments, accentuating the importance of civility, treating people with kindness and avoiding the temptation to cheat others for personal gain.

Warner and Temby suggested a traditional method to stay ahead of the competition – being a lifelong learner.

“I would suggest studying business books and investment books, and pick up a book that a president of the company would pick up, and learn as much as you can,” Temby said.

In their closing statements, the investment gurus shared more valuable life lessons on success. They encouraged the audience to take an inventory of their skills, career interests, likes and dislikes and passions and challenged them to perform routine audits to ensure their careers align with their goals.

“Thinking about your next job – think about it as if it’s a two way street – what job I’m going to do vs what type of employee will the organization be hiring,” Temby said. “Figure out how you will support the organization and figure out what you’re good at, and who would value you, and go there.” 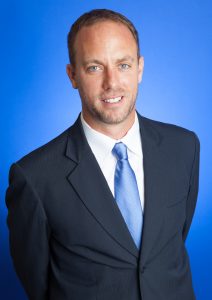 Building and developing is in Keegan McNamara’s (MBA ’10) nature – whether it be in real estate ventures or supporting community-based initiatives. As the principal of a real estate company, with more than 20 years of experience in the business, McNamara is well-versed on how to build a project from the ground-up. But his newest project goes beyond acquisitions, entitlements, and construction – it’s about leveraging his success in the industry to support a flourishing nonprofit.

McNamara came to the Rady School during a pivotal moment in the United States’ economic history. Three days after beginning his MBA program, the 2008 stock market crash hit, decimating the economy.

“Three days before my first day at Rady, Lehman Brothers filed for bankruptcy, and that was really the first domino in the entire meltdown of the economy,” he said. “Throughout my journey at Rady, it seemed like things were getting worse in the economy every day. Every Friday the FDIC would announce a new list of banks that they were closing down. It was surreal.”

Initially, McNamara was uncertain of the value of obtaining an MBA or not in an increasingly uncertain job market, but the crash reaffirmed his decision.

“Because I was a real estate person, I was kind of on the fence about going back to school,” he said. “I wanted to get an MBA – it was a goal of mine. But once the subprime market hit a year before the 2008 recession, I thought, ‘Now’s a really good time to get another degree.’”

When it came to selecting an MBA program, the choice was easy for McNamara. With a focus on entrepreneurship and an 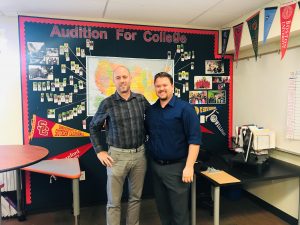 innovative approach to curriculum, McNamara knew the Rady School would arm him with an arsenal of skills and tools to succeed in all aspects of business.

“The reason I went with Rady’s MBA program is that I wanted a broad business background,” he said. “I didn’t want a real estate specific MBA. I also wanted to go to the best school in town.”

With an already thriving professional resume, McNamara pursued an MBA to help him acquire the tricks of the entrepreneurial trade to help him launch his own business. After graduating from Rady, he launched McNamara Ventures – a real estate development and investment company focused on residential and mixed-use properties.

Giving back by paying it forward

Through the success of his business, McNamara has found that the best part of his career has been giving back to the community. During his time at the Rady School, a classmate introduced him to the Barrio Logan College Institute, an afterschool program designed to help students in the Barrio Logan neighborhood of San Diego succeed. After attending a fundraiser event, he was hooked.

Initially, McNamara used his skills and real estate ties to help the organization find a new and improved facility to operate

in. But once he learned more about the organization’s incredible reach and influence – such as boasting a 100 percent high school graduation rate of program participants, with 100 percent of students choosing to attend college – McNamara decided to get more involved with Barrio Logan College Institute. He now serves on the Board of Directors and has various roles on Executive Leadership committees.

“It’s such an inspiring organization – 100 percent of the kids go to college!  And they are usually the first in their family to graduate from high school, let alone attend college.  The more I give to this organization, the more I get back,” he said. “I’ve met so many incredible people from the community and the kids are extremely driven and motivated. It’s inspiring to see them succeed and pursue their passions and dreams.”

In addition to helping BLCI locate the perfect permanent home, McNamara’s team has pledged to donate to the organization. His team recently completed the construction of a townhome project, Guild on 30th, and with the help of key consultants on the team and an anonymous donor, the combined efforts raised $30,000 to support the BLCI mission.

One of the most important lessons McNamara learned during his time at the Rady School? Networking and building relationships.

“The relationships I’ve built over the years with classmates, alumni and the professors have been invaluable,” he said. “The Rady network is constantly growing – there are so many events and opportunities to meet with business experts and venture capitalists. I have a much broader network of folks who are outside of the real estate industry, in the tech field, the science world, and so many friends who are extremely successful.”

McNamara also feels compelled to give back to the school and program that has given him so much. He recently joined the Rady Alumni Board and is working to increase communication and engagement to ensure alumni stay connected to campus. He also presents in Rady classes, and emphasizes the importance of getting involved with socially-responsible ventures like Barrio Logan College Institute.

Becoming more connected to Rady helped McNamara get even more involved with his altruistic side. This summer, his worlds collided when he fostered his connections and brought Launchpad – a Rady program that introduces high school students to Rady School entrepreneurial resources and the startup community – to the kids of the BLCI.   The weeklong program gave the future entrepreneurs a chance to foster business ideas and even pitch their companies to a panel at the end of the week.

Finding a balance between personal and professional life is a difficult one to achieve, but McNamara’s connections to his community and alma mater have made the transition from one to the other seamless.

“It’s easy for most of us to get stuck in our day-to-day routines because we’re so busy at work and it’s hard to imagine taking time to give back,” he said. “But giving back is an essential part of being a balanced person and the rewards are so tremendous.”

McNamara’s plate is full, but he sees his busy schedule as a privilege and a calling. He and his BLCI team are working to expand the program, both in scope and location.

“Right now we are in negotiations for a long-term lease for an incredible property that we hope will be the forever-home for BLCI,” he said. “Our current lease is expiring in a year, so we need to move again.  I love urban infill and community revitalization, and this will be a tremendous opportunity for an adaptive re-use of two buildings that have served the community of Barrio Logan for two generations already.  The owners are incredible people who have the vision to see their properties creating an even longer-term legacy in the community.  I’m so honored to play a small role in helping the organization grow and move into new space.”